The 1990 medallion features a bull walrus, and has a total mintage of 1250 Proof 1 oz Silver and Gold Relief combined. 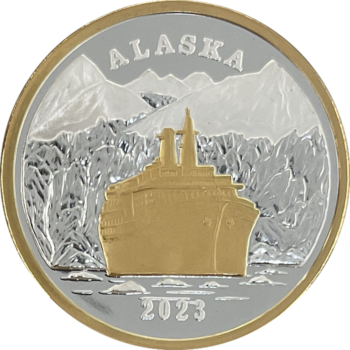