The 50 Cal pen is made from an authentic .50 caliber once-fired brass cartridge that was originally developed for the Browning .50 caliber machine gun in the beginning of the 20th century. The overall size of the bullet pen is about 6″ and makes an impressive impact when one thinks about it’s original use. The pen is a twist style pen, the grip portion twists and the pen tip retracts.
The Grip portion of the pen is a lathe turned piece of a variety of hardwood. The pen uses easily refillable Parker style refills.

The Pen comes with a stand made out of a variety of hardwoods so that you may display the pen.

Made by our friend Tracy Fowler an Air Force Veteran formerly stationed in Alaska. 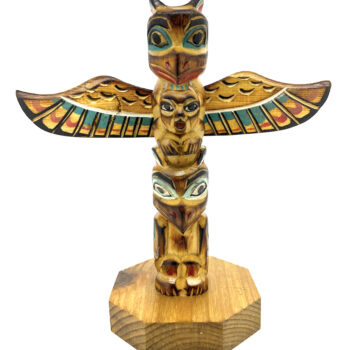 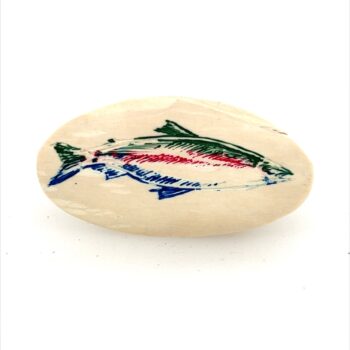 Scrimshaw Pin Made of Walrus Ivory 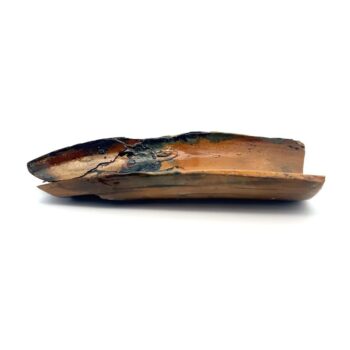 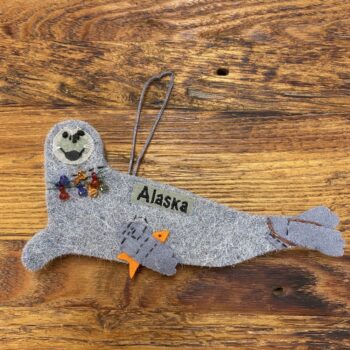