On June 24, 1968 jade was designated the “Official Gemstone of Alaska”. Alaskan jade is nephrite, which is a tough, translucent stone that is challenging to carve, but it will withstand the test of time. It is thought that the ancient peoples of Alaska used jade for adornment and tools until contact by the Russians who introduced them to iron and other metals. In 1883 a Lieutenant of the U.S. Navy discovered Jade Mountain near the arctic circle where much of this jade is thought to have come from. Most of the jade used in the carvings and jewelry that we have is from British Columbia and carved overseas.

Filter products by clicking on a category below: 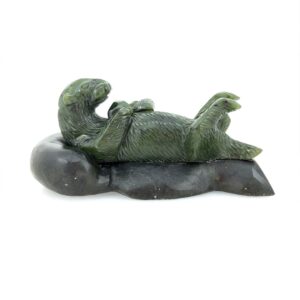 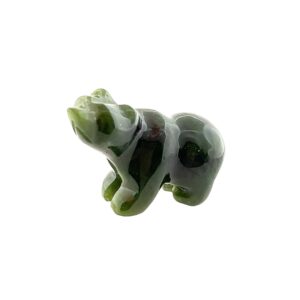 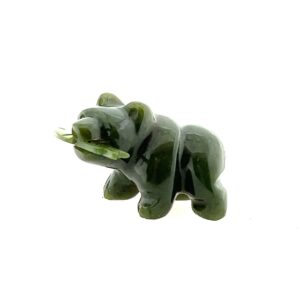 Jade Carving of Bear with Salmon 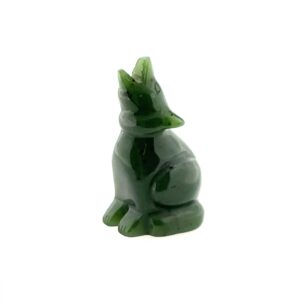 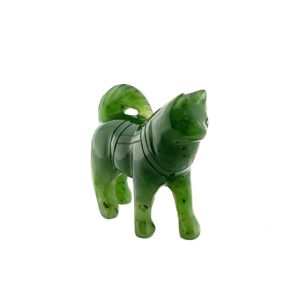